You are here: Home Entertainment

Dance has been the oldest form of communication. It is a form of expression which needs no words. India is a country rich in different dance forms. Each state has its own dance form with a vibrant history attached to it. Odisha has its own as well known as Odissi. It is perhaps the oldest and the most prominent Indian classical dance form.

I remember the days I would rush to my dance practice. This sure is nostalgic. Come take a trip down the memory lane with me where I tell you everything about the dance form known as Odissi.

The Origins: Odissi is one of the eight classical dance forms in India. According to archaeological evidence found, it is also the oldest surviving dance form in India. Evidence of this has been found in sculptures around the Khandagiri Caves and Udaygiri caves in Bhubaneswar. These caves date back to 1st century BCE and the fact stands to testify how old Odissi really is. Natya Shastra, the treatise of classic Indian dances, named it the Odra-Magadhi. This dance pays a great deal of respect to Lord Jagannath who is the lord of the universe for the Odias.

The Dance: Odissi had lost its value during the British era but soon gained popularity after independence. It is graceful and awe-inspiring and not as easy as it looks. Odissi has the concept of Tribhangi which means three-parts. These three parts are head, chest, and pelvis which are used to exhibit the movements in this dance. This dance has many Bhangas or stances, the Chauka (or square stance) is the most important. A lot of stamping of foot and striking of poses are involved. The most commonly known stances are Bhanga, Abanga, Atibhanga and Tribhanga.

The Style: Odissi Dance would be incomplete without the colorful splendor of its costumes and jewelry. Just like every dance form, even Odissi has distinct music, makeup, and costumes. The sarees are very colorful and vibrant. They have traditional borders and sparkling embellishments. The most commonly used sarees are Bomkai and Sambalpuri. Not many changes have been done to the costume, except these days, dancers opt for readymade costumes. This creates less hassle.

Unlike other dances where gold is used as jewelry, Odissi uses silver ornaments primarily. These ornaments decorate the head, ears, neck, and ankles. Some adorn the waist as well.

Interestingly, the dance form was featured in the late Michael Jackson’s music video — Black or White. It also made its name into the Guinness Book of world records for making history with the ‘Largest Odissi Dance’. There were a total of 555 dancers who put on an amazing display at the Kalinga Stadium in Bhubaneswar. It was by far the grandest performance that went onto mark another milestone for this dance form in the larger realm of Indian culture and legacy. Vidya Balan featured in an astounding Odissi performance in her movie ‘Bhool Bhulaiya’ as well. Indian actresses like Rani Mukherjee, Rekha, and Sri Devi have performed Odissi Dance in their movies.

Late Kelucharan Mohapatra, who is honored with Padma Sri, Padma Bhusan and Padma Vibhsan by the Government of India was the Guru of Odissi dance. Sanjukta Panigrahi is another renowned Odissi performer. Late Gangadhar Pradhan, Ileana Citaristi, Kum Kum Mohanty, and many others have helped make a mark of Odisha on the entire world.

Odissi is a very mesmerizing dance form indeed. It uses many stances and expressions to remarkably portray emotions across to the viewers.

The Impact of Globalisation on the Tribal Communities 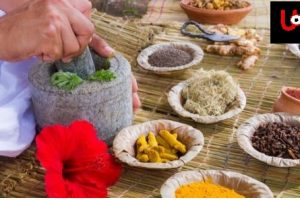