DEALING WITH COVID-19: what we can learn from Odisha

The large-scale spread of COVID-19, or coronavirus, is unsettling, to say the least. Both central and state governments are trying their best to tackle the situation. Amidst the rising fear, the Odisha government has again proven its capabilities in dealing with situations such as this. With as many as 110 cyclone hits to date, it is no surprise that Odisha is so adept at handling the pandemic so well.

Acting quick on their feet, Odisha’s government and the people have taken some praiseworthy measures.

Let us quickly go through the scenario as we know it.

Odisha’s labor force is mostly migratory. They are employed both domestically and globally. Amidst the outbreak of coronavirus, many of them have returned home to their families. These workers, who were employed in cities like Mumbai, Delhi, Kolkata and such, could have been carriers of the virus. Furthermore, Odisha being a prime tourism spot, also posed a threat in the current scenario. Recognizing all these factors, Chief Minister Naveen Patnaik promptly announced a full lockdown of the state for a week, from 22nd March to 29th March. A full three weeks lockdown was initiated following the Prime Minister’s announcement.

With three positive cases, many financial measures were taken to help tackle the situation. On Friday, Rs. 2,200 crores package was announced by the CM to help in the welfare of the economically weaker sections. They are to provide Rs. 3000 to 65000 vendors as well. Mahanadi Coalfields Ltd (MCL) and the Odisha Mining Corporation (OMC) are providing financial support in the set-up of two hospitals for COVID-19 patients with a total of 950 beds. Another facility of 700 beds to be established at Tangi near Cuttack for those suspected of COVID-19 infection. Furthermore, All India Institute of Medical Sciences (AIIMS), Bhubaneswar is all set to make available an exclusive 206 beds unit in its campus for treatment of such patients. According to the director of AIIMS, Bhubaneswar, there are enough kits available to deal with the situation as well as treat those affected. The government has also decided to temporarily reserve around 500 beds, exclusively for COVID-19 patients, in Ganjam District with a large influx of migrant workers from other states. Additionally, the state government has set up 7,276 temporary medical camps in all the 6,798-gram panchayats with necessary facilities to tackle any emergency situation. The CM has also sought the Prime Minister’s intervention for sanction of unemployment allowance under the Mahatma Gandhi National Rural Employment Guarantee Act (MGNREGA). With all these announcements and plans in tow, the people of Odisha are holding their breaths hoping these measures to not just be empty words.

Having said this, we cannot turn a blind eye towards the contribution made by the people either. Many people have come to the streets in order to help deprived citizens. Having taken proper permission from concerned authorities, people have gathered food packets and water bottles to be distributed among the needy and poor. Meanwhile, Red Cross members and working youths of Bhubaneswar have also come forward to distribute food packets. A group of youths came with food packets on their scooters, bikes to reach places that may have missed by the administration looking for stranded laborers to serve them. In times of crisis, humanity shall make things a little bearable.

The Impact of Globalisation on the Tribal Communities 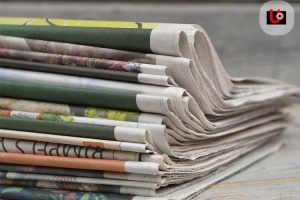